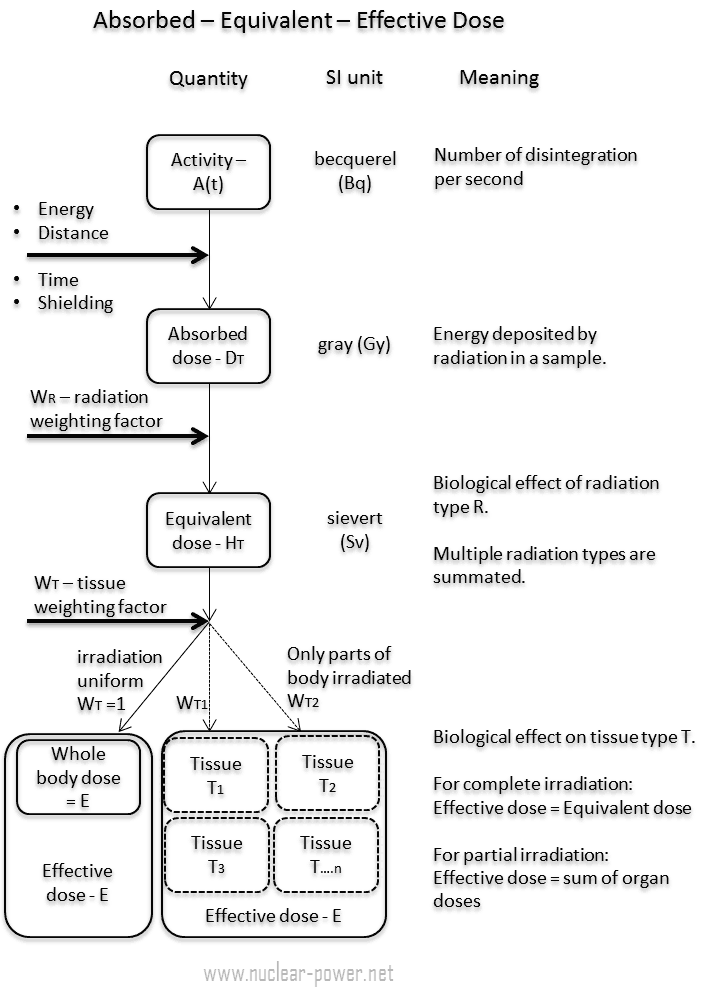 This chapter briefly summarizes key differences between quantities and units of radiation.

Units of radioactivity (the curie and the becquerel) can be also used to characterize an overall quantity of controlled or accidental releases of radioactive atoms.

Kerma is a measure of kinetic energy transferred from radiation to matter. It is an acronym for “kinetic energy released per unit mass”. Kerma is given the symbol K and it is measured by the SI unit, the gray.

The effective dose is a dose quantity defined as the sum of the tissue-equivalent doses weighted by the ICRP organ (tissue) weighting factors, wT, which takes into account the varying sensitivity of different organs and tissues to radiation. 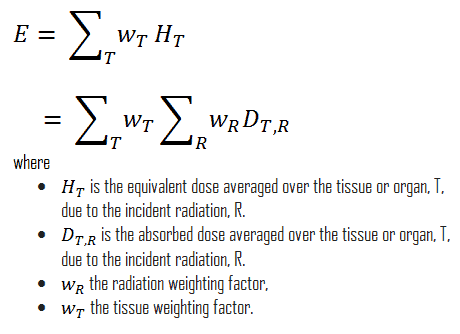 In general, the ICRP defines operational quantities for area and individual monitoring of external exposures.

We hope, this article, Quantity and Unit of Radiation, helps you. If so, give us a like in the sidebar. Main purpose of this website is to help the public to learn some interesting and important information about radiation and dosimeters.