Facebook Instagram Youtube Twitter
Skip to content
There are two main dead-time characteristics of each detecting system: Paralyzable and Non-paralyzable detector. There is always some probability, that a true event will be lost, because another event is just recorded and the detector cannot accept and process more than one pulse. Radiation Dosimetry 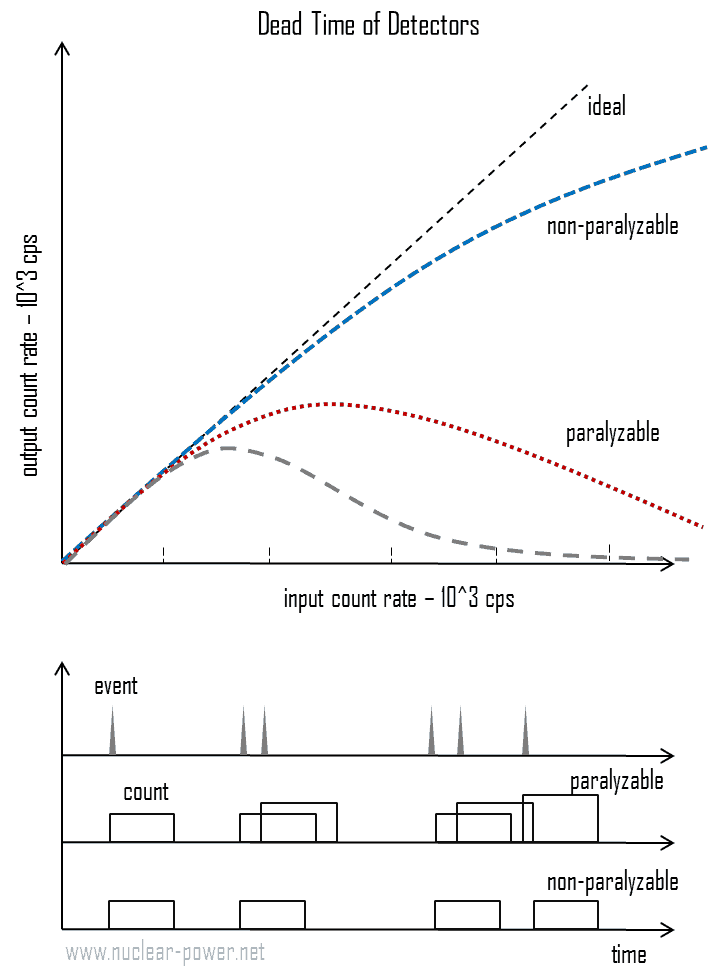 We hope, this article, Paralyzable and Non-paralyzable detector, helps you. If so, give us a like in the sidebar. Main purpose of this website is to help the public to learn some interesting and important information about radiation and dosimeters.