The weak interaction or weak force is one of the four fundamental forces and involves the exchange of the intermediate vector bosons, the W and the Z. Since these bosons are very massive (on the order of 80 GeV, the uncertainty principle dictates a range of about 10-18meters which is less than the diameter of a proton. As a result, the weak interaction takes place only at very small, sub-atomic distances.

The weak interaction responsible for some nuclear phenomena such as beta decay, which can be understood in terms of the weak force operating on the quarks within the neutron. One of two down quarks changes into an up quark by emitting a W– boson (carries away a negative charge). The W– boson then decays into a beta particle and an antineutrino. This process is equivalent to the process, in which a neutrino interacts with a neutron.

The electromagnetic force is the force responsible for all electromagnetic processes. It acts between electrically charged particles. It is infinite-ranged force, much stronger than gravitational force, obeys the inverse square law, but neither electricity nor magnetism adds up in the way that gravitational force does. Since there are positive and negative charges (poles), these charges tend to cancel each other out. Electromagnetism includes the electrostatic force acting between charged particles at rest, and the combined effect of electric and magnetic forces acting between charged particles moving relative to each other.

The photon, the quantum of electromagnetic radiation, is an elementary particle, which is the force carrier of the electromagnetic force. Photons are gauge bosons having no electric charge or rest mass and one unit of spin. Common to all photons is the speed of light, the universal constant of physics. In empty space, the photon moves at c (the speed of light – 299 792 458 metres per second).

Both, the Coulomb’s law and the magnetic force, are summarized in the Lorentz force law. Fundamentally, both magnetic and electric forces are manifestations of an exchange force involving the exchange of photons.

The electromagnetic force plays a major role in determining the internal properties of most objects encountered in daily life. The chemical properties of atoms and molecules are determined by the number of protons, in fact, by number and arrangement of electrons. 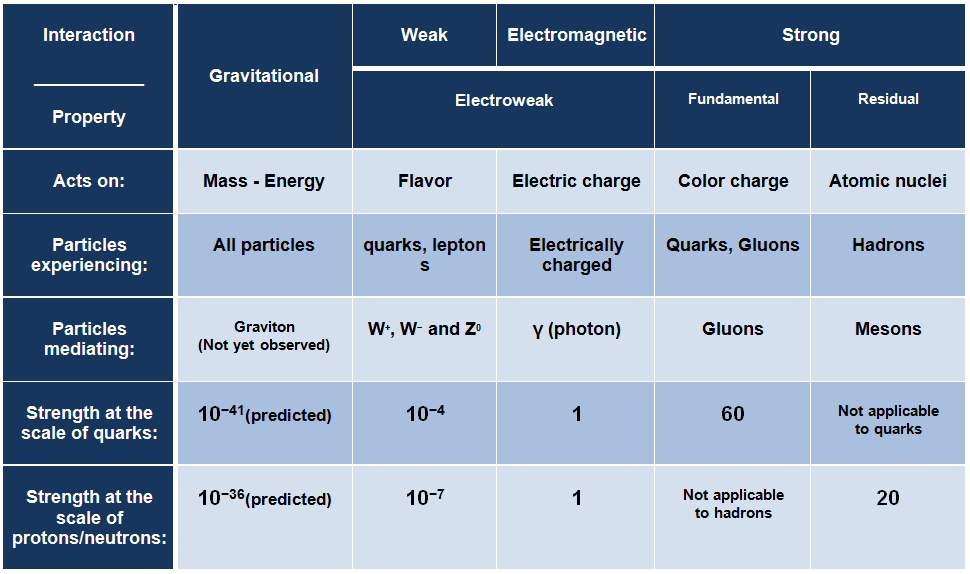 We hope, this article, Weak Force vs Electromagnetic Force, helps you. If so, give us a like in the sidebar. Main purpose of this website is to help the public to learn some interesting and important information about radiation and dosimeters.