When the Earth was formed, a number of radioactive elements were formed. After the four billion years, all the shorter-lived isotopes have decayed. But some of these isotopes have very long half-lives, billions of years, and are still present. These radionuclides are known as primordial radionuclides and contributes to the annual dose to an individual. Because most of the natural radioactive isotopes are heavy, more than one disintegration is necessary before a stable atom is reached. This sequence of unstable atomic nuclei and their modes of decays, which leads to a stable nucleus, is known as the radioactive series. 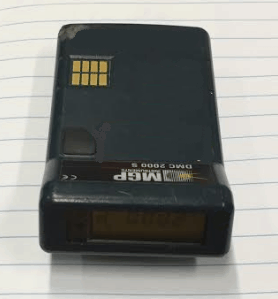 All three naturally-occurring isotopes of uranium (238U, 235U and 234U) and naturally-occurring isotope of thorium have very long half-life (e.g. 4.47×109 years for 238U). Because of this very long half-life uranium and thorium are weakly radioactive and contributes to low levels of natural background radiation in the environment. These isotopes are alpha radioactive (emitting alpha particle), but they can also rarely undergo a spontaneous fission.

All naturally-occurring isotopes belong to primordial nuclides, because their half-life is comparable to the age of the Earth (~4.54×109 years). Uranium has the second highest atomic mass of these primordial nuclides, lighter only than plutonium. Moreover the decay heat of uranium and thorium and their decay products (e.g. radon, radium etc.) contributes to heating of Earth’s core. Together with potassium-40 in the Earth’s mantle is thought that these elements are the main source of heat that keeps the Earth’s core liquid.

We hope, this article, Primordial Radionuclide, helps you. If so, give us a like in the sidebar. Main purpose of this website is to help the public to learn some interesting and important information about radiation and dosimeters.