Skip to content
The Auger effect is a process, in which electrons (Auger electrons) with characteristic energies are ejected from atoms in response to a downward transition by another electron in the atom. Radiation Dosimetry 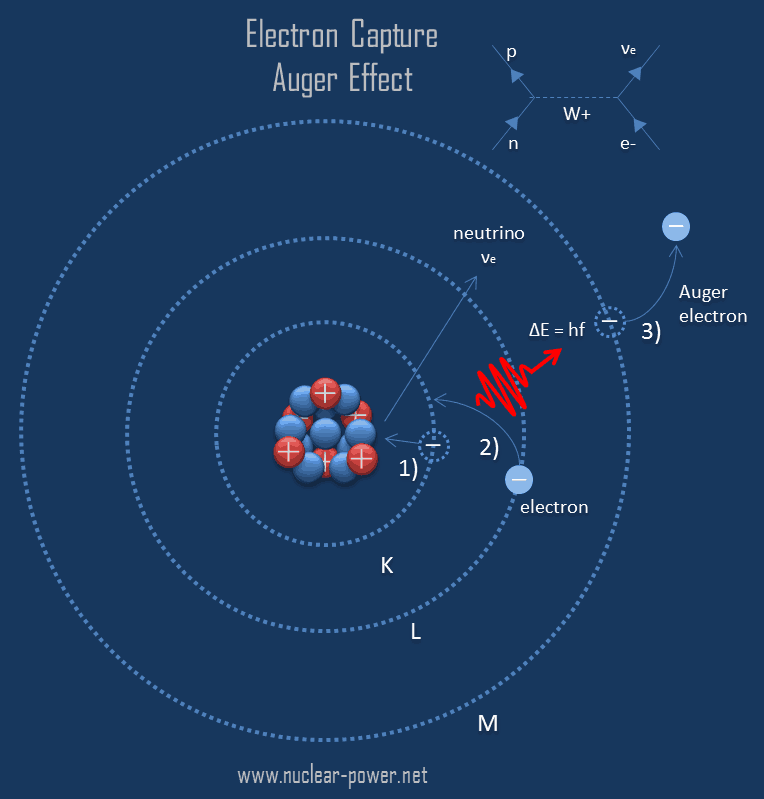 The Auger effect is a process named after the French physicist Pierre Auger, in which electrons with characteristic energies are ejected from atoms in response to a downward transition by another electron in the atom (filling of an inner-shell vacancy of an atom), instead of emitting electromagnetic radiation. These emitted electrons with characteristic energies are known as Auger electrons.

This process is observed as one of the methods of electron rearrangement after electron capture into the nucleus. Since electron capture leaves a vacancy in the electron energy level from which the electron came, the outer electrons of the atom cascade down to fill the lower atomic levels, and one or more characteristic X-rays are usually emitted. Sometimes X-ray may interact with another orbital electron, which may be ejected from the atom. This second ejected electron is called an Auger electron. The probability that an Auger electron will be emitted is called the Auger yield. The Auger yield decreases with atomic number. For zinc (Z=30),  the probabilities of the emission of X-rays from the innermost shell and of the emission of Auger electrons is about equal.

We hope, this article, Auger Effect – Auger Electron, helps you. If so, give us a like in the sidebar. Main purpose of this website is to help the public to learn some interesting and important information about radiation and dosimeters.